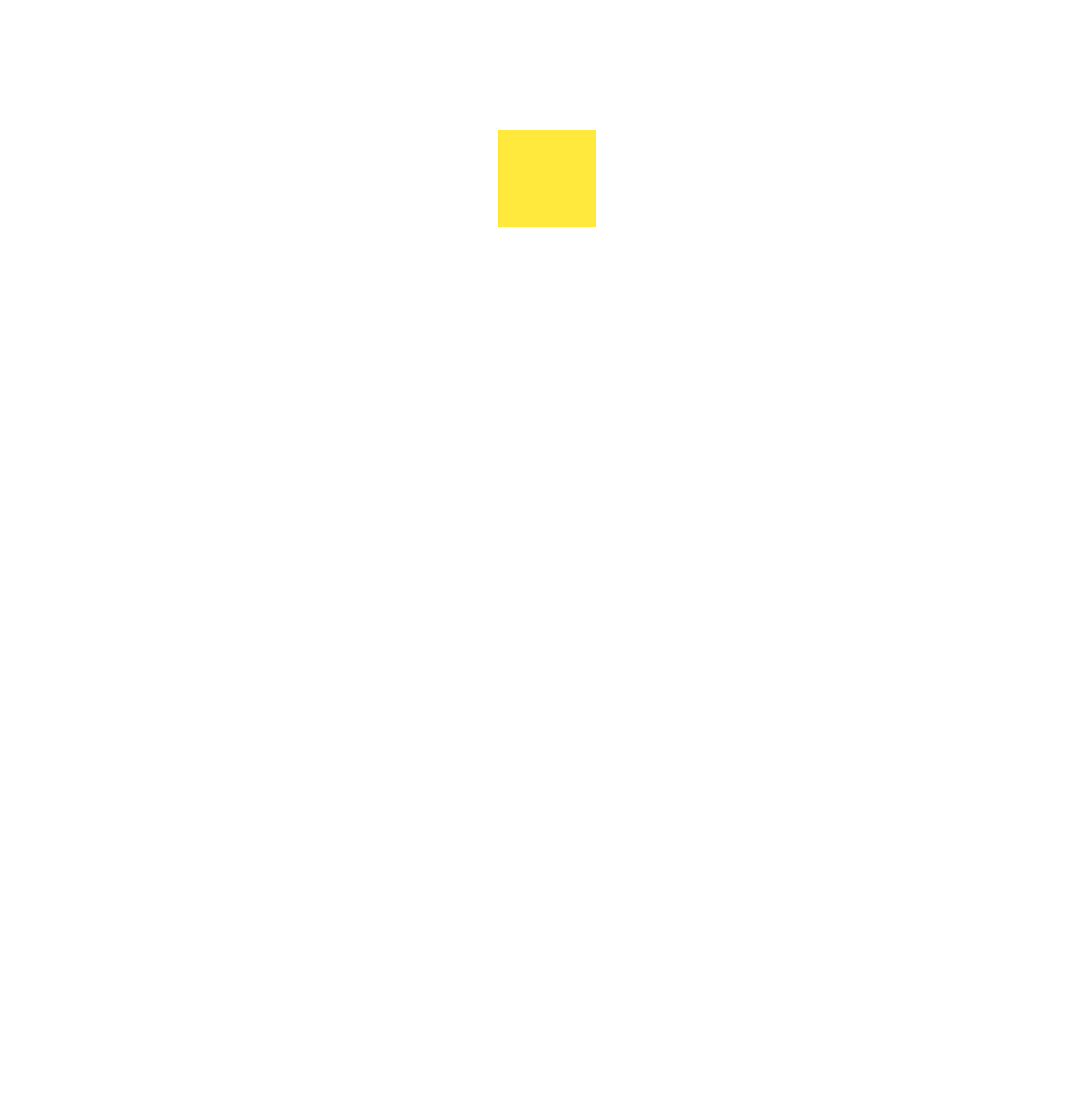 A crossroads of creative minds

The Sloterdijk neighborhood of Amsterdam is undergoing a surprising change. From a semi-vacant industrial area, the area is quickly becoming a business hub for creativity, innovation, new opportunities and a place to attract a broad group of residents.

Makerstoren is the literal embodiment of this vision. A building of many characters with spaces for retail, creative business and serviced apartments, with a design nodding to industrial heritage of the area.

When our friends at Allard Architecture asked us to craft visuals for the public launch of the project, we already knew that our goal was to represent all of these features without being too explicit and overt in presenting them all at once, while inspiring curiosity and excitement in potential owners. 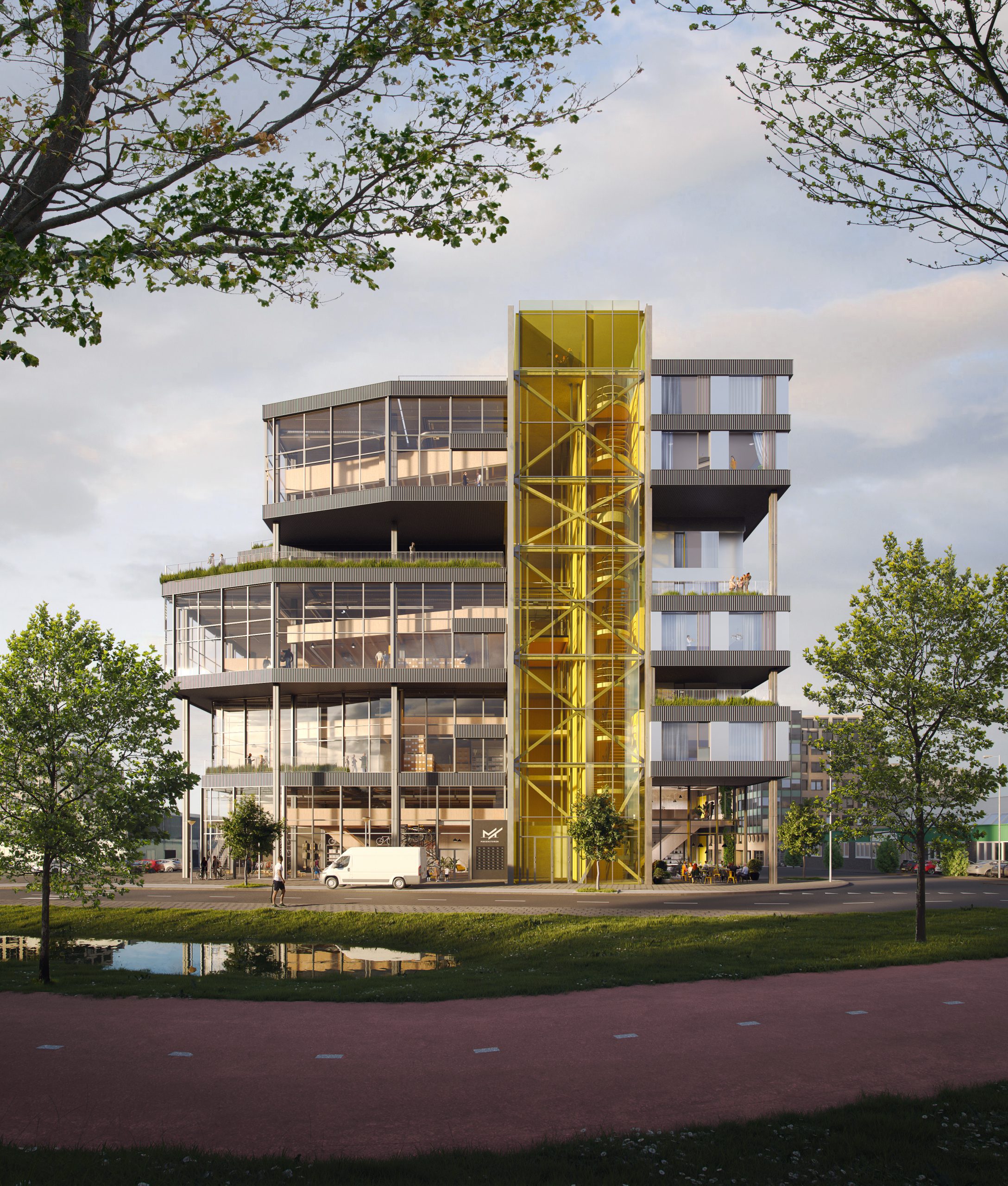 The brief was rather simple, yet intriguing. Three visuals: one daytime exterior view following one of the images of from the early design stage, one close-up of the building plinth (plinth views are extremely important in Dutch projects!), and one view of the interior workshops.

We started by involving the client and the designers into the construction of the views through an iterative process based on early concepts. The 3D model supplied by the fellows at Allard Architecture was already at building-permit level, so it was easy to set up everything to the detail and deliver previews that would be very close to the final images.

Given the kind of marketing planned for the building, we decided not to go for an iconic language, but rather a visual language that would exude dutchness: soft sun with cloudy skies, intense greens and a general sense of gezelligheid (not literally, coziness) in the form of people strolling around, relaxing and enjoying the end of the working day.

Envisioning a space built for creatives

It’s not uncommon that we are called to help the designers translating a generic program into visuals. In these occasions, our task is to deliver a more detailed rendition of what could happen in the building. This project made no exception, as we were asked to give our twist on the look and feel of the workshop space, and process through our creative vision the ideas sparked during our collaboration.

We started from the original visuals developed by Allard Architecture for their internal presentations. Those renderings gave us a good first idea of the building program and the look and feel the client was looking for.

The next step was to gather all the suggestion and the references discussed during the briefing, and translate them into visuals that could resonate with the possible future occupants of the building. In order to do so, we had a tight dialogue with the end client and the designers at Allard Architecture to understand their expectations, and leveraged our experience as architectural designers to detail the space in a compelling way. 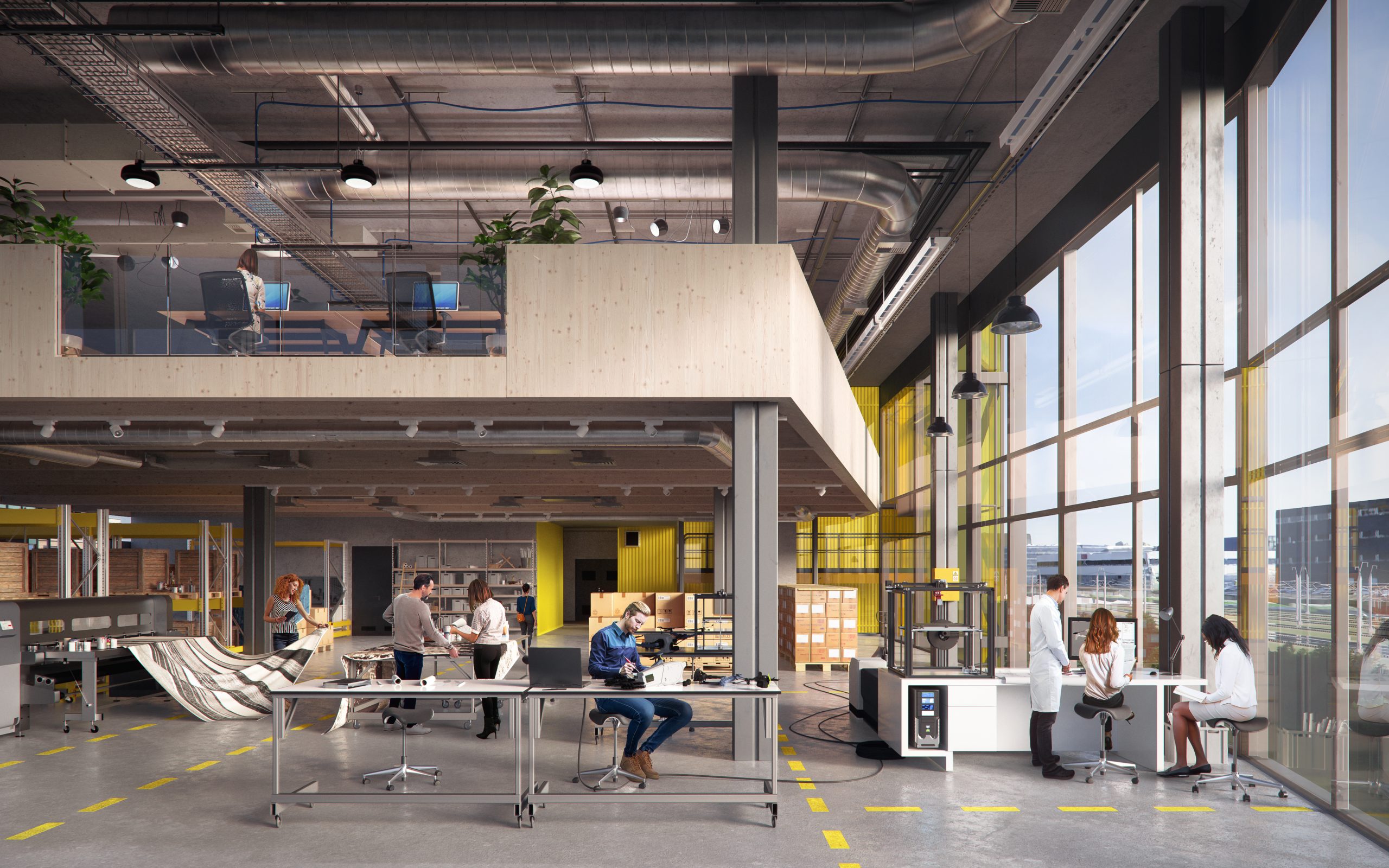 We’re always on the lookout for projects that offer us new challenges and the opportunity to do something awe-inspiring. Follow the link and shoot us an e-mail, we’re quick to reply.